As measured by the Geekbench Benchmark, the Huawei Nova 8 SE has a Single Core performance of 568, and a Multi Core speed of 1767.

So you've decided on the Huawei Nova 8 SE and now you want to find the lowest price?

Want to see the Huawei Nova 8 SE in action? How well the MediaTek Dimensity 720 5G performs? 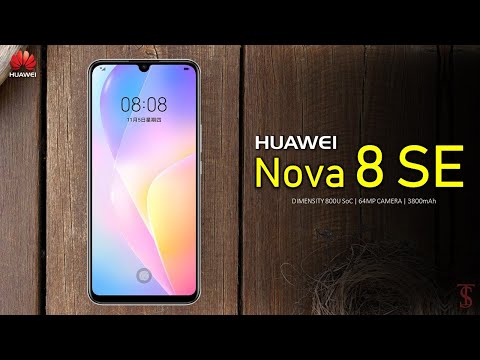 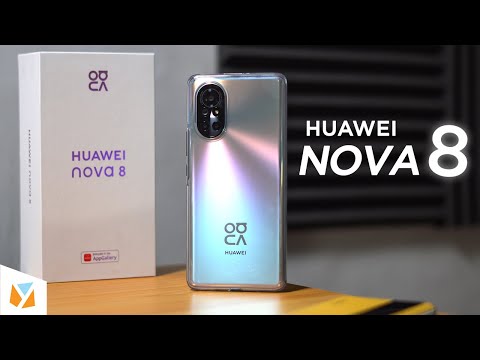 You will find a good 6.53" 60 Hz OLED display on the Huawei Nova 8 SE, while not the best available it comes with a crisp 403 PPI providing for a good visual experience. Based on our analysis we have given it 70 out of 100, putting it slightly below the very best flagships.

A MediaTek Dimensity 720 5G with a max clock speed of 2000 MHz powers the phone, while a Mali-G57 MC3 running at 850 MHz provides for the graphical performance. Additionally it has 8 GB of LPDDR4X RAM on the base model and 128 GB of UFS 2.1 ROM.

Connectivity via 5G allows the Huawei Nova 8 SE to deliver next-generation super-fast speeds. When using the included bluetooth version 5.1, you can quickly and easily connect to a wide range of Bluetooth devices.

Using this phone's 64 megapixels main camera, you can take high-resolution photos up to 9000 x 7000. The camera has the following features: - Bokeh mode - Pro mode.

The Huawei Nova 8 SE is also capable of 4K video recording Up to 30FPS, giving you the ability to take high quality UHD videos.

We give the camera a rating of 62 out of 100. The phone has a decent and reliable camera, its not among the top performers but will do an good job for most people. Just don't expect incredible image quality in all environments with the Huawei Nova 8 SE.

The Huawei nova 8 SE is a beautiful work that evokes memories of the Nova 7 SE Youth’s cutting edge. The squircle island’s remarkably flat shape supports colours like Black, Deep Blue, Silver, and Blue. Silver tones are our favourite since they give the phone an extra glimmer, but the rest of the design is also rather good.

The phone’s attractiveness is enhanced by the flat screen and the rear with a slightly curved corner, reminiscent of the iPhone 12’s design. In addition to the 6.53-inch Full HD OLED panel with an HDR10 implant in front, the charm was a surefire way to get people’s attention. Immediately beneath the display, a fingerprint reader is activated to scan biometric authentication information.

The Mediatek Dimensity 720 chipset is at the heart of the Huawei nova 8 SE, which provides a 5G connection and remarkable performance qualities during processing time. A Dimensity 800U 5G processor, on the other hand, is built right into the premium model. The EMUI 10.1 UI software suite seamlessly integrates into the operating system’s design to ensure that users get the best possible experience.

Huawei’s app gallery has improved in a short period, yet it still falls short of Google’s. This phone has 8 GB of RAM and 128 GB of internal storage, which is more than enough for most tasks. However, the new Huawei 8 SE does not include a microSD card slot for additional capacity.

There are four cameras in the arrangement, with the Sony 64 MP sensor taking centre stage, while the 8 MP ultrawide camera captures stunning shots and films. Second, there are two 2-megapixel cameras in the Huawei nova 8 SE’s secondary camera area, one for depth perception to enhance good shots and the other for capturing close-up pictures.

The Huawei nova 8 SE’s camera software, on the other hand, is a critical component for enhancing the quality of photos and videos taken with the device.

However, the 16MP dewdrop selfie port will be used as the front camera, which is efficient and effective in delivering a fantastic selfie experience. Moreover

Battery Life and Other Features

Extreme gaming and the rise of social media may tax its modest 3800 mAh Li-Po battery, which is included in the phone’s price tag. However, Huawei has claimed that the 8 SE has a long-lasting battery. If the little battery is a dealbreaker for you, this device has a 66 W charger that can recharge your phone in under 30 minutes.

Sensors and communications are of the highest quality, so there is no need to be concerned. In terms of interface settings, you’ll find a slew of new options that will allow you to improve the interface even further than before.

Be the first to review “Huawei Nova 8 SE” Cancel reply