As measured by the Geekbench Benchmark, the Motorola Moto G22 has a Single Core performance of 241, and a Multi Core speed of 1050.

So you've decided on the Motorola Moto G22 and now you want to find the lowest price?

Want to see the Motorola Moto G22 in action? How well the MediaTek Helio G37 performs? 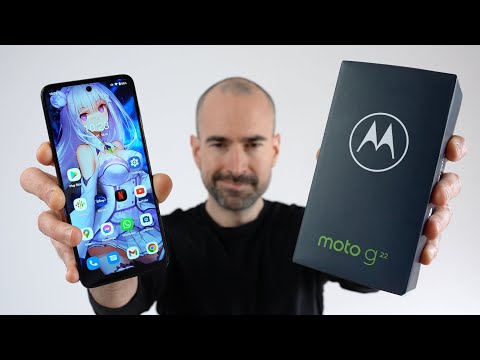 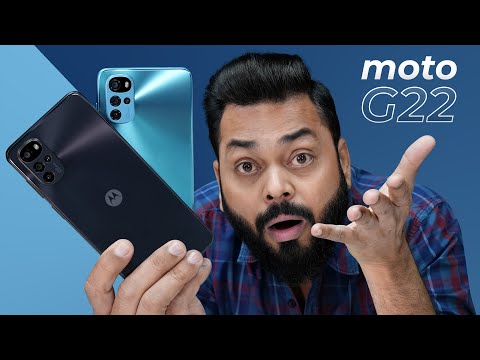 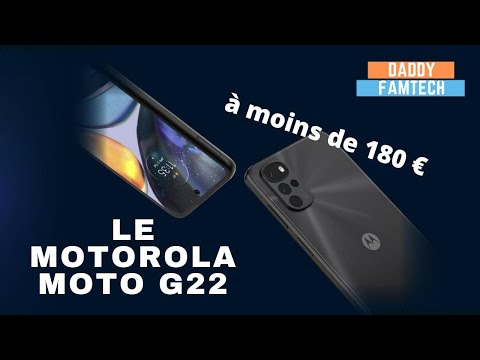 The Motorola Moto G22 comes with an average quality 6.5" TFT LCD display, while decent enough for most - it lacks the color balance, sharpness and additional features of the better mobiles. We rate the 64 out of 100.

A MediaTek Helio G37 with a max clock speed of 2300 MHz powers the phone, while a PowerVR GE8320 running at 650 MHz provides for the graphical performance. Additionally it has 4 GB of LPDDR4X RAM on the base model and 64 GB of eMMC 5.1 ROM.

There is no 5G on the Motorola Moto G22, which isn't a big deal right now, but if you plan on keeping your phone for a long time, you may want to look for a 5G-enabled phone. Connectivity to any Bluetooth-enabled device is made easy with the included Bluetooth version 5.

Using this phone's 50 megapixels main camera, you can take high-resolution photos up to 8700 x 5800. The camera has the following features: - Bokeh mode - Pro mode.

We give the camera a rating of 60 out of 100. The phone has a decent and reliable camera, its not among the top performers but will do an good job for most people. Just don't expect incredible image quality in all environments with the Motorola Moto G22.

Motorola has been a go-to brand for a long time for people who want to upgrade their phones on a budget while still getting the most for their money. The Moto G22 is now one of the least expensive phones.

In the past, Moto phones have given you more for your money than you’d expect, but this one is about what you’d expect. From how it runs to how it looks to how it takes pictures, it’s clear that this is a cheap phone. Many people might be better off paying a little bit more.

Of course, it’s not all bad. This smartphone can stay charged for up to two days or even longer if you are careful. The Moto G22 is a good choice if you only need a phone to make and receive calls and text messages and don’t mind spending a small amount.

Keep in mind that even with the latest Android 12 software, the phone is still not as fast as possible. Stuttering and latency are expected, especially in games and apps that use many resources. If this phone still doesn’t work right after two years, it will not be pretty.

When it comes to photos and videos, which are essential to many us, the phone does well in well-lit places but not so well at night. Lenovo, which owns Motorola, has saved money on production by using a screen with low resolution and not enough brightness.

This is a problem for the Moto G22 because many other phones cost more but work better (with 5G connectivity as an added benefit). Use the Xiaomi Redmi Note 11 Pro 5G and the Nokia G50 as examples. You might like the Moto G22 better, but you should know what you’re getting into before you buy it.

Be the first to review “Motorola Moto G22” Cancel reply